Common exceptions seen when encountering this issue are:

When running Azure locally, using Azurite (VS2022) or the Azure Storage Emulator (VS2019), an additional bin directory is created that the Storage Emulator uses for deployment. Only DLL files are copied to this directory, so software that requires additional files will not function and may throw the above exception.

You may resolve this issue by copying the runtimes directory in to the separate bin directory used by the Storage Emulator. We recommend doing this as a  post-build event (see below for instructions) when running locally (as recompile/build will return the bin directory to its original state). You will not encounter this issue when deploying to the cloud. 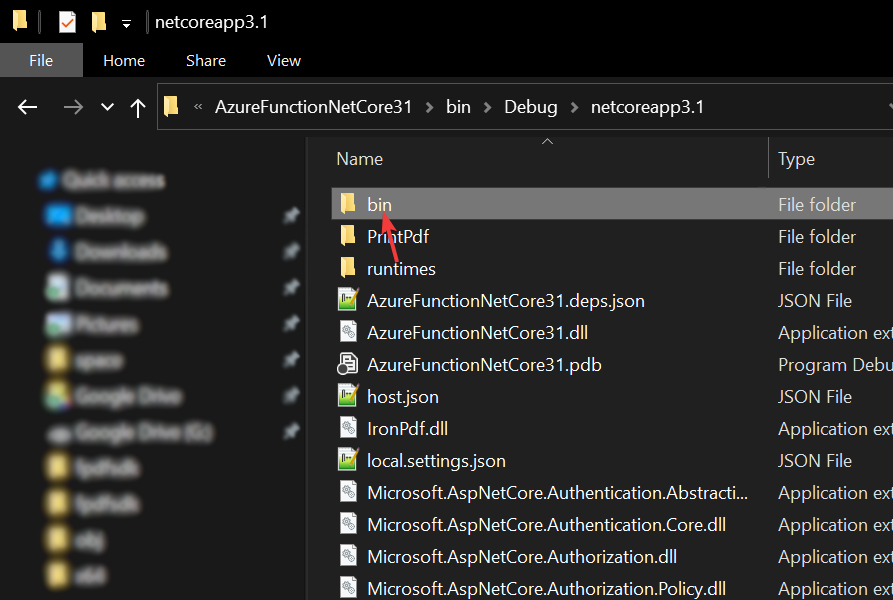